Why is Social Business and Entrepreneurship the Next Big Thing by Dr. Sadia Kibria

Why are businesses failing?

Socialpreneurship is the next big thing. Where is the next life cycle in a business? What makes a brand livable?

Microsoft announced that they will be carbon negative by 2030. And by 2050, all the carbon emissions they gave since 1975 will be eliminated. They will use Microsoft technology for customers and suppliers to make the climate better.

A month later in February 2020, Amazon’s boss Jeff Bezos announced he will save the earth via Bezos Earth Fund.

Today, there’s solar cars are being researched on and introduced:

What went wrong? Why are brands dying?

Tiffany & Co was taken over by Louis Vuitton – because tourists are not buying their rings. The new generation are buying diamond rings that have some feelings attached to it.

Understand why you are doing something.

Toys R Us filed for bankruptcy too. People were not having kids anymore.

Nike is moving from 14,000 retail partners to 40. They have now moved to e-commerce.

Sears is closing down 150 stores in North America.

Nine West is closing their stores and moving to e-commerce.

Consumers are changing. You have to attach emotions to the brand.

Millenials has Taken Over Generation X

The global population is currently 8 billion. Millenials and post millenials are growing. They are taking over Generation X.

Generation Z are 4 years to 15 years —- 92% of millenials will support companies who support social causes and the environment. 68% will pick products with social benefit. 73% are willing to pay more for a meaningful brand.

If I want to spend money, we have to make sure that the brand is making the world better.

That’s why we should take these into account when designing brands and services. They want to know if the product is:

Stakeholders are people you have to consider.

Forever21 ignored the stakeholders. They brought affordable fast fashion to the world. However, the clothes were not of good quality. Many ended up in the landfill and started polluting society. They were not sourced rightly.

A sheep farm in New Zealand were brutally slaughtered. In London, a major protest happened asking Forever21 to stop buying wool from such farmers.

This campaign actually did not work. While he did pledge USD 10 billion, that’s only 8% of his wealth. He also did not sign the Giving Pledge, which will donate half of your wealth so you can change people’s life.

How can our brands survive, flourish in such a challenging environment?

David Packard, Co-Founder of HP said companies should not only work for profitability, but also to help solve the world’s problem.

Why are we here? Some know it. They call it their Unique Selling Point (USP).

Toms is an American shoe brand. He said that if you buy Toms, he will donate for every one pair bought. So it will donate USD 1 for every USD 3 pair of Toms sold. More than 93 million shoes are donated. 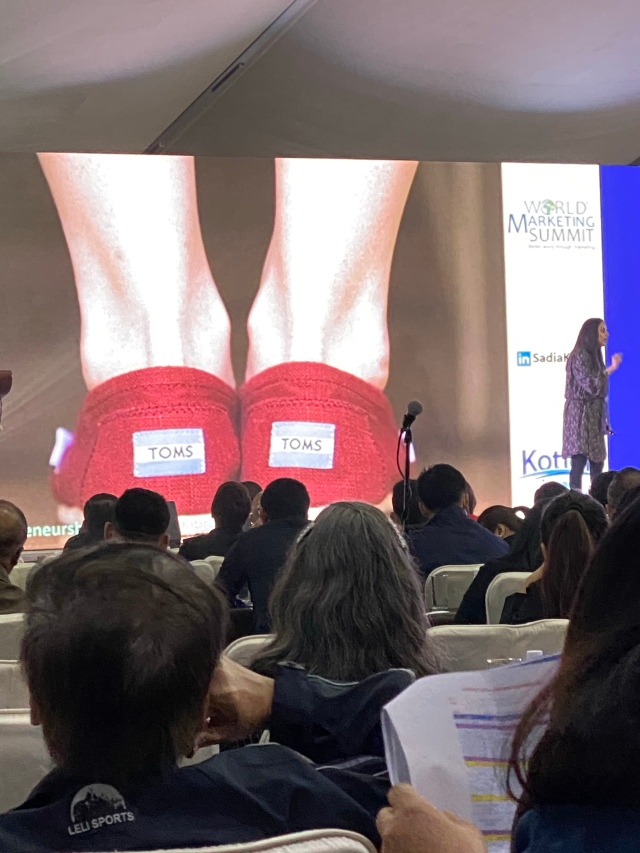 Toms announced that they will donate 1/3 of their profits on physical safety and mental health.

Patagonia focus on the environment and have a self-imposed 1% earth tax. They partner with Global Sport Activist to save the planet.

You only live once — they will remember the socialpreneur.

2 Responses to Why is Social Business and Entrepreneurship the Next Big Thing by Dr. Sadia Kibria