HR Lessons: Hire Someone who can Follow Simple Instructions

Common sense is underrated. It’s really not that common.

As a hiring manager, you need to find someone who have common sense and can listen/follow to simple instructions.

Story 1: Spot the one who followed instructions and who did not.

During my interview, I told the staff to show up last Saturday for training. These were the staff whom we trained. 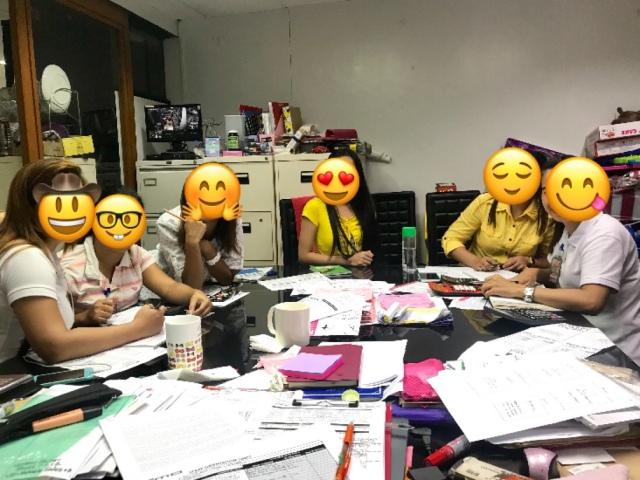 If you would notice, they all look decent and happy during their training. However, check out these two girls.

Both were wearing white polos, which are our trainee uniforms.

This would have been a good thing except that I told them during the interview that they should wear casual wear. They don’t need to wear uniforms until their first day.

Unsurprisingly, they were very weak during the training. They found it difficult to catch up and understand the concepts being caught.

From a simple uniform, you can see who can follow instructions and who cannot.

Story 2: The new hire that did not listen

I told him that if he would want to come, he should return and talk to me. My office hours started at 9:00am.

Lo and behold, he came today.

Telling me he was sure in working for me.

I asked him to come back tomorrow to really start his first day at 9:00am, which is really our start time of operations.

The dude didn’t listen to instructions. That’s not a good sign. He might be a fresh graduate and smart, but if you were really serious, he should arrive at 8:30am to begin his first day, and not come at 10:30am to start working.

Story 3: The man who ate first before doing his job.

My husband asked his staff at 11:30am to line up for NBI Clearance on our behalf. The logic was, he would line up for us, and when we arrive, we would take his place cutting back his line up time.

Please note that the staff’s starting time was 10:00am and his lunch is arguably at 1:00pm.

Lineup in the Philippines NBI usually takes an hour or two. So it’s a lot of time wasted.

We had something to do at 2:00pm so when we get there, we should be almost in front and can make it to our appointment.

When we called, he said he was eating his lunch early because he got hungry.

After explaining to him why we sent him to line up, he was like, “Whoops, I did not know.”

Especially in the Philippines, employers need to hire staff who can listen and immediately get simple instructions.

So many issues are prevented if you hire staff whom you don’t need to give instructions over and over since they get it already.

On the flipside, if you find someone who is reliable and can get your commands, give that person a raise. Once they prove their worth, raise their salary immediately.

It’s not easy to hire in the Philippines. So if you hire someone who has common sense, do what it takes to keep them.

www.TinainManila.com Thank you for subscribing and commenting if you like what you read. ❤
View all posts by Tina in Manila →
This entry was posted in Advice, Business, Employee Relations, Human Resources (HR), Philippines, Work and tagged Advice, business, conflicts, employment, hiring practices, managing your own business, work. Bookmark the permalink.