The Many Faces of my Daughter

My daughter loves to be on costume. She uses and reuses them, and pretends to be in character. It’s nice that she has a good imagination and since costumes aren’t too expensive in the Philippines, we support her fun hobby.

Can you guess which characters she is?

She’s been asking for this since watching Aladdin in the movies recently. Now, she’s asking for a plastic lamp to complete her look: 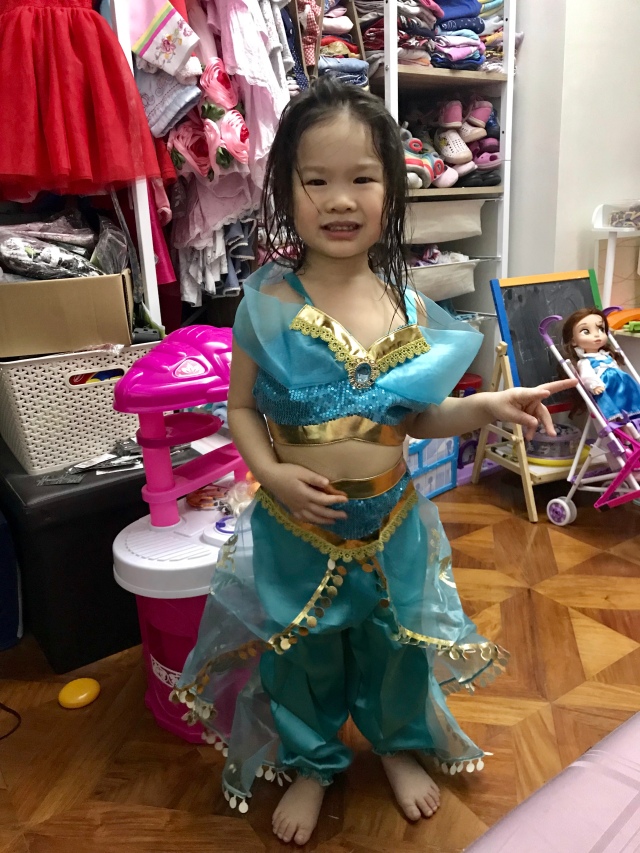 A sexy version of Jasmine from Aladdin. We didn’t buy this one as it was too far from the movie. We also didn’t want to see her bellybutton all the time.

Her wearing her Supergirl costume. This one is easy to wear so she does so often. This doubles too as her pajama due to the long sleeves: 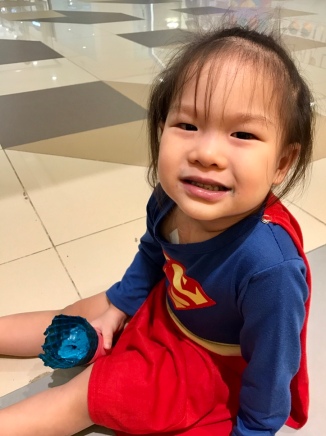 My Little Mermaid. Yes, we know it’s a bit funny and not bagay, but she loves wearing this while singing, “Part of your world.” 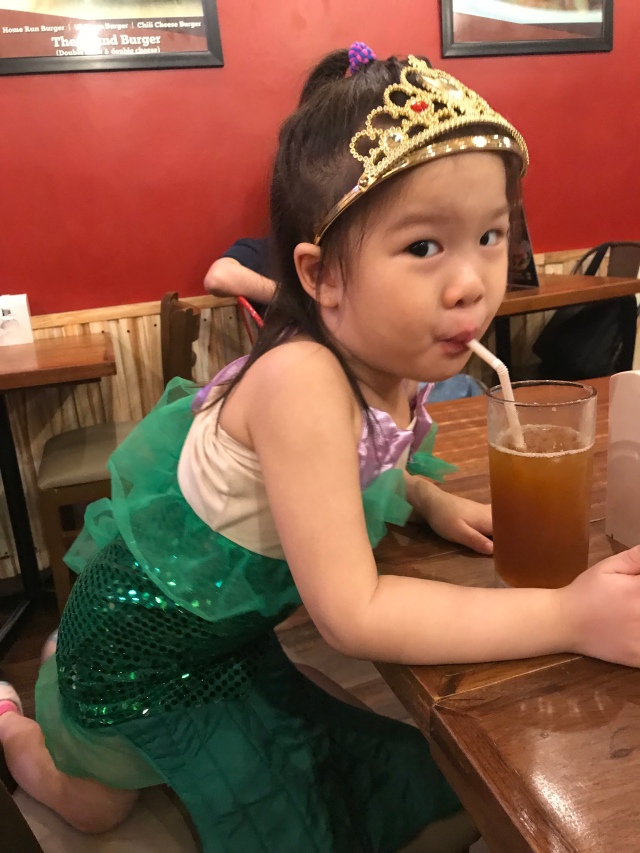 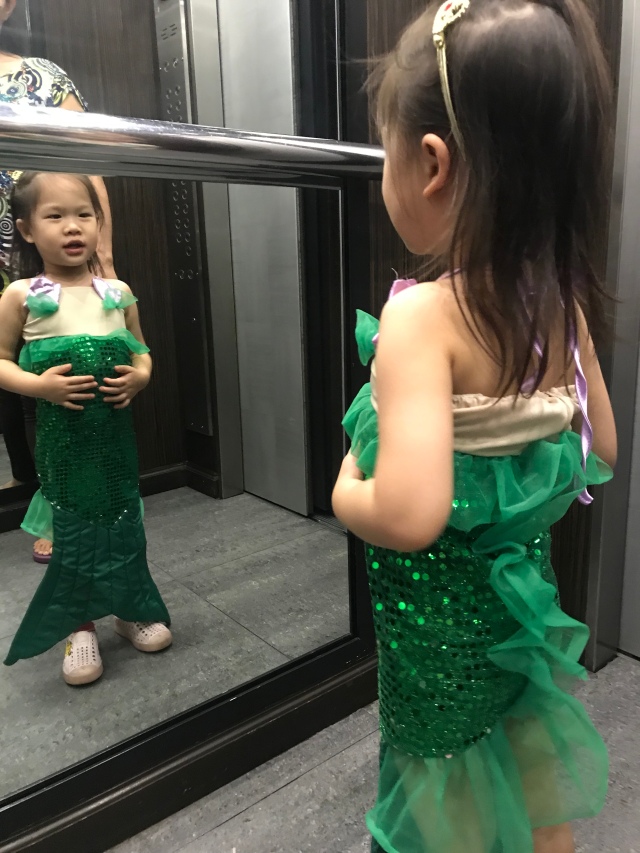 So proud of her outfit. She was Ariel several times.

Her as Spider Man. She braved the long sleeves in Jiufen as long as she could even though it was hot. We bought these pajamas for only Php 360.00 (UDS 7). 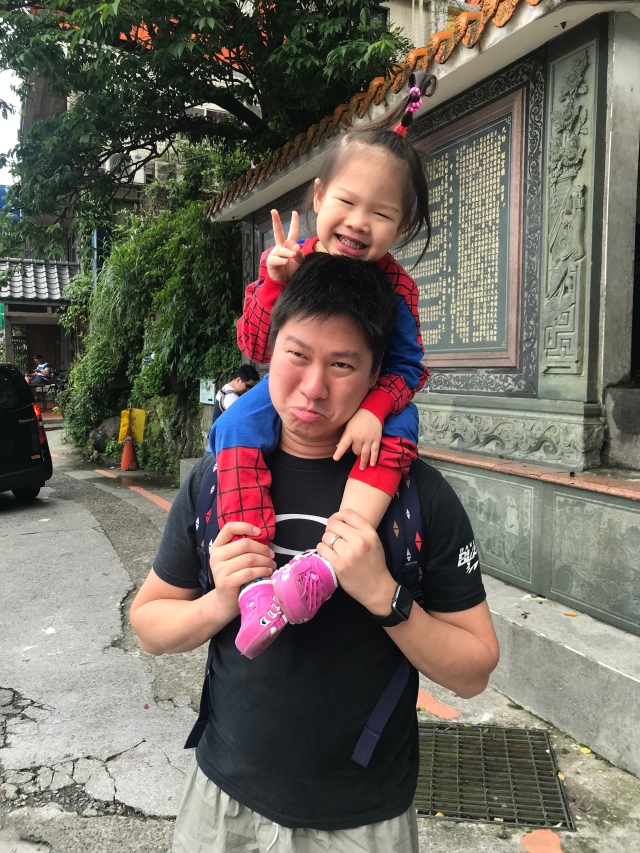 More photos of the poor saps while waiting for us to shop:

Pirate costume I bought from Lazada that’s still too big for her. She became interested in the pirate costume due to Dora the Explorer: 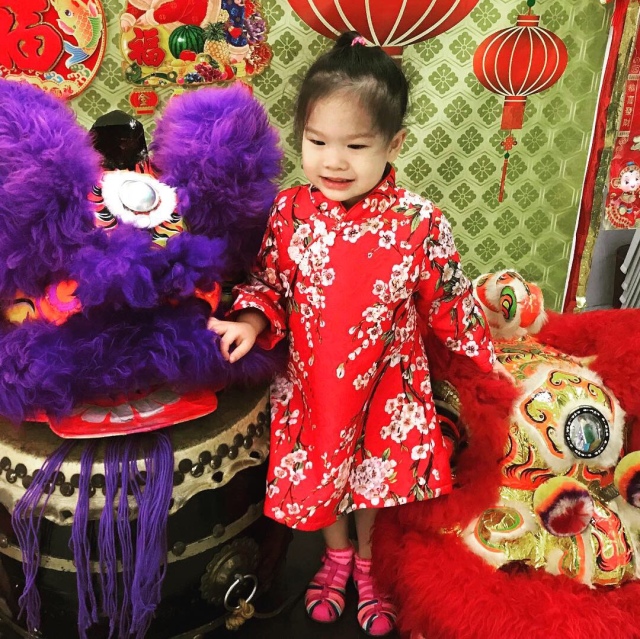 Vamperina bought from Shangri-La Department Store. We used free coupons to buy this: 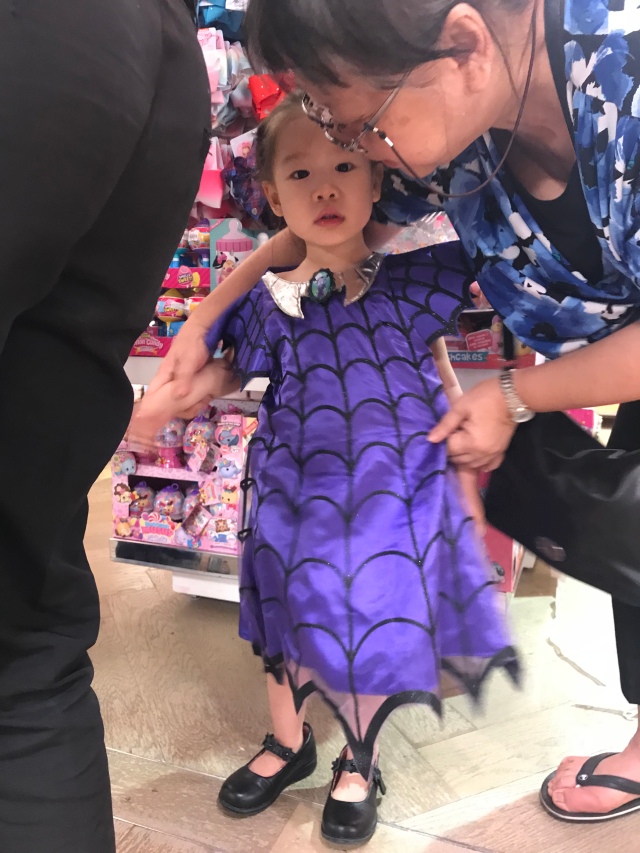 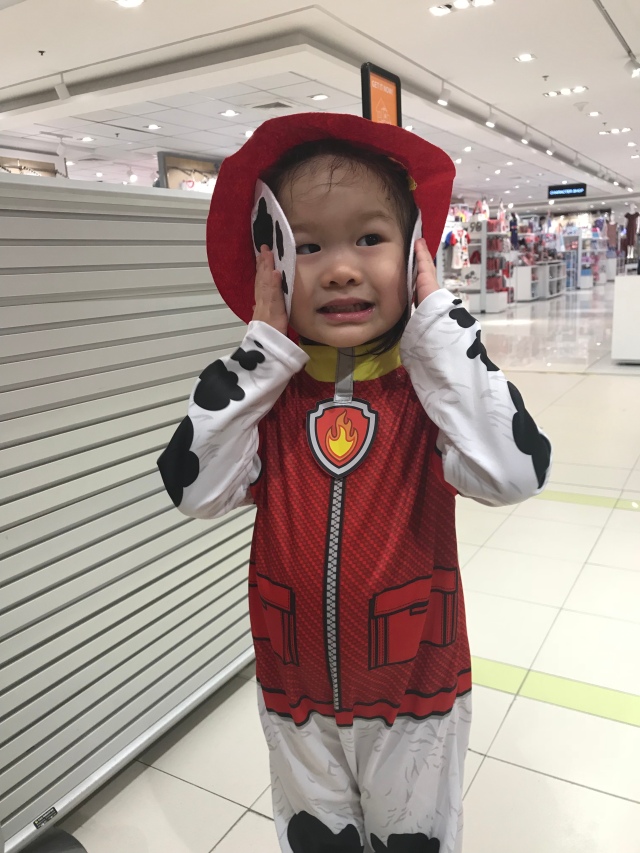 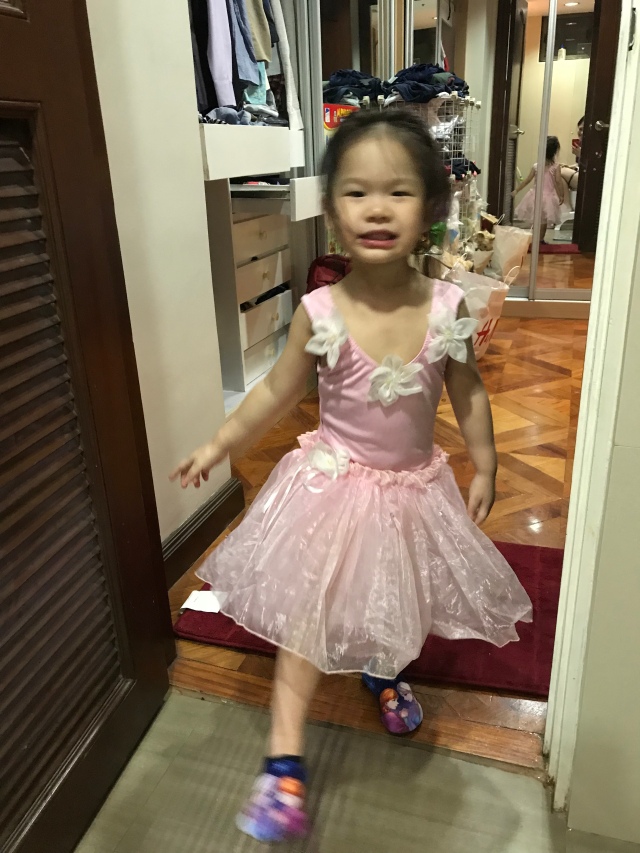 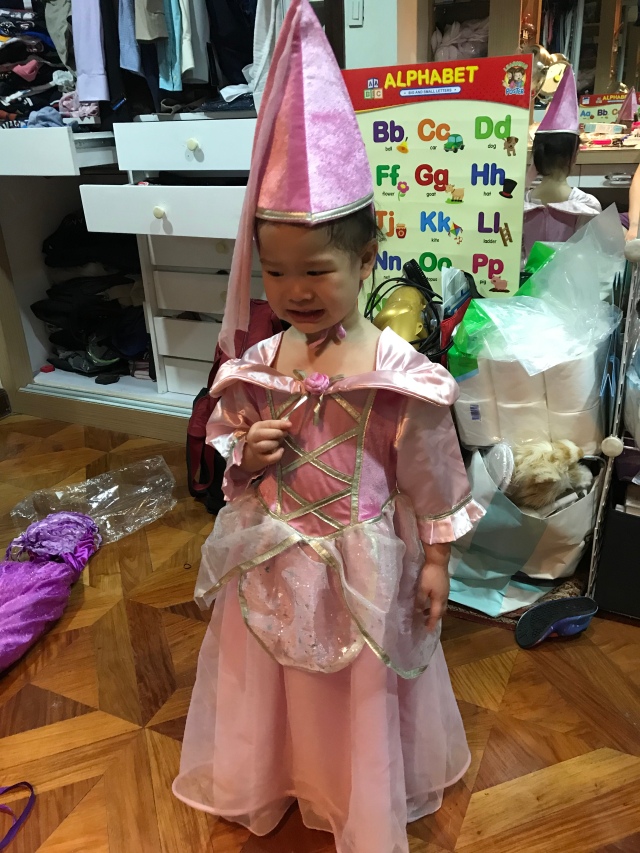 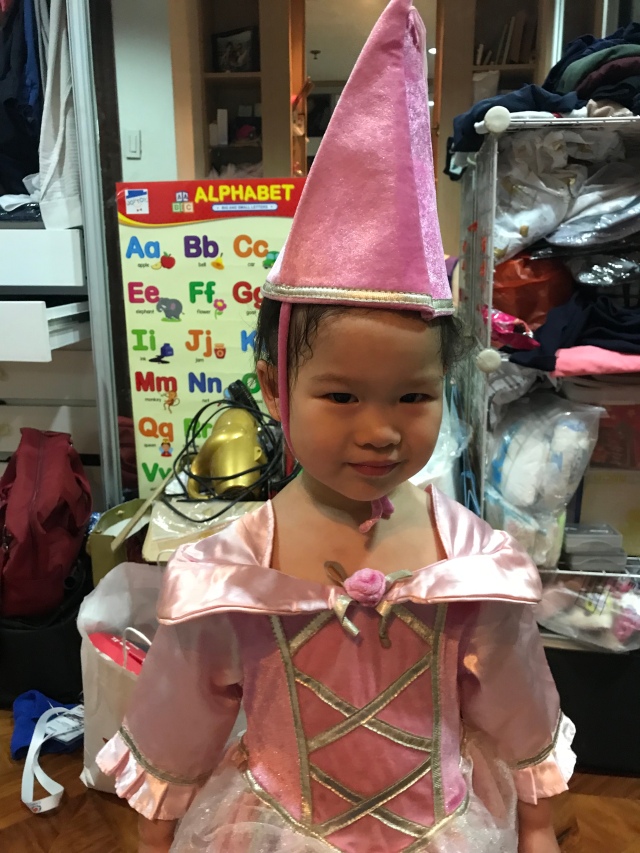 One of her favorite costumes — The DC Superhero Batgirl. This is my favorite too. It can serve as a pajama! 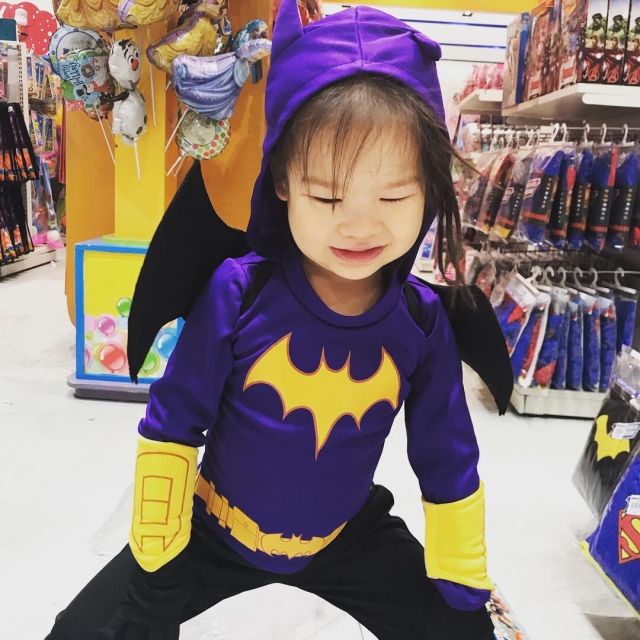 Belle from Beauty and the Beast. This was her cousin’s.

Random princess with blonde wig. We didn’t buy this: 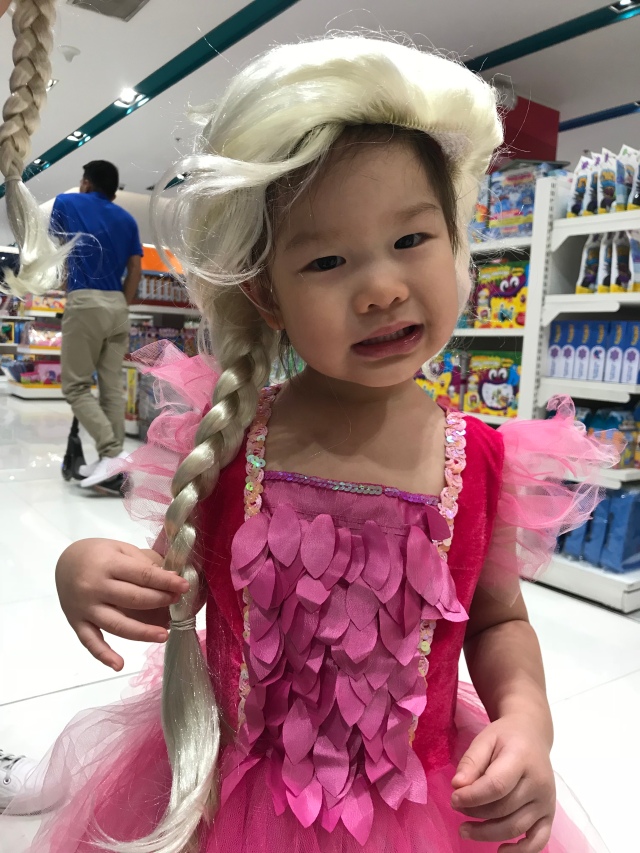 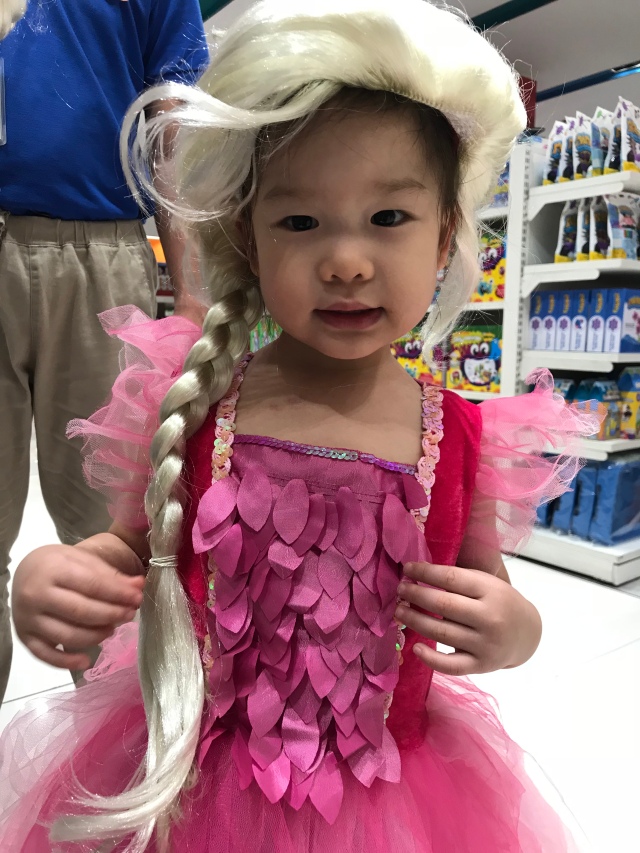 Moana bought from Lazada. This was a steal: 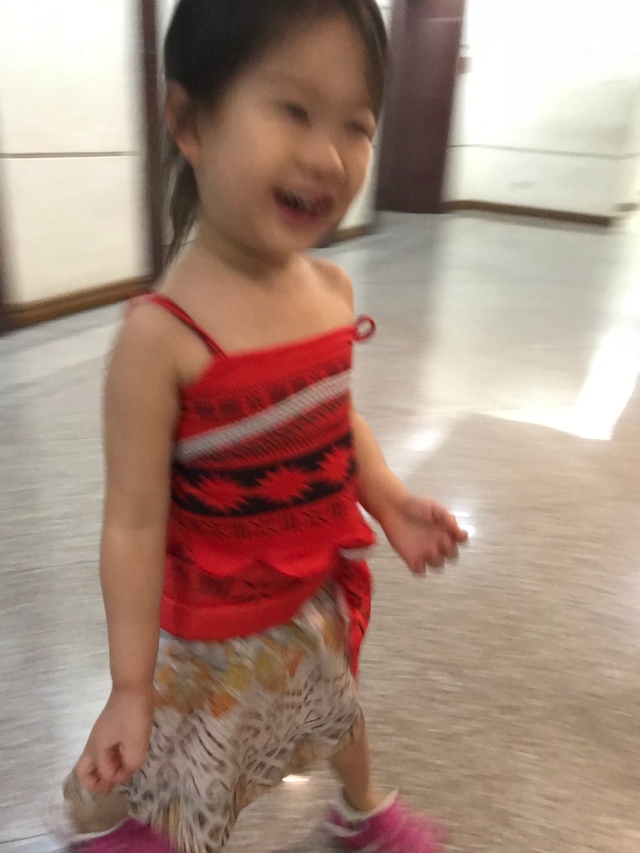 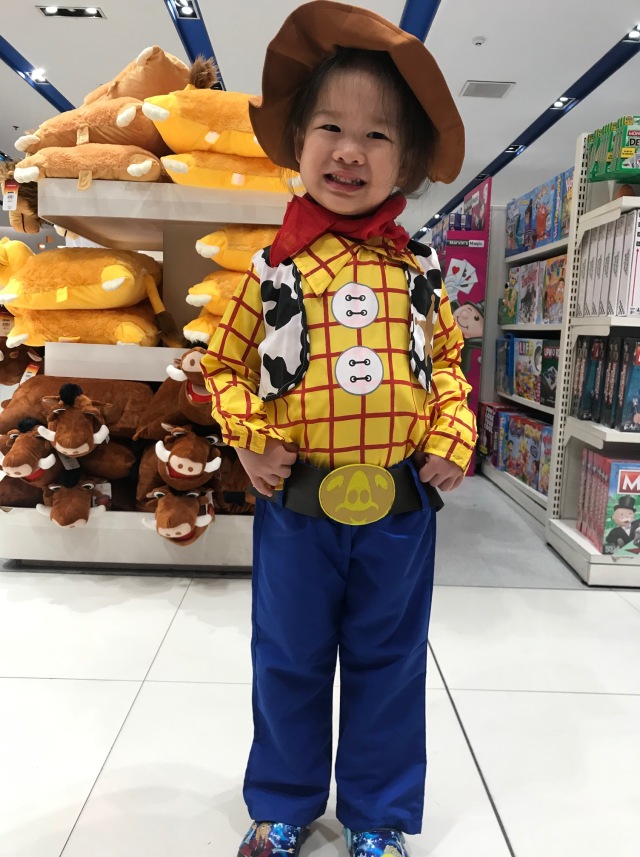 German Barmaid — we bought this last year during our Crystal Cruise

The Incredibles – I love this costume! Very well built and doubles as a pajama. 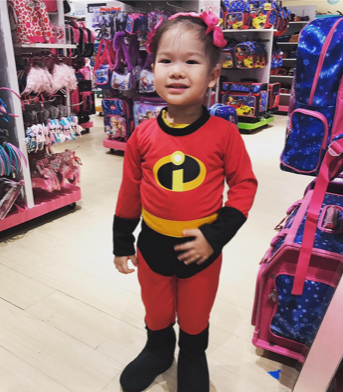 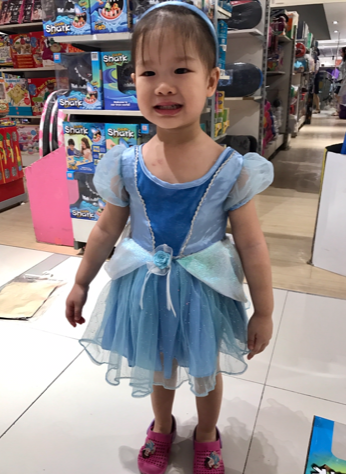 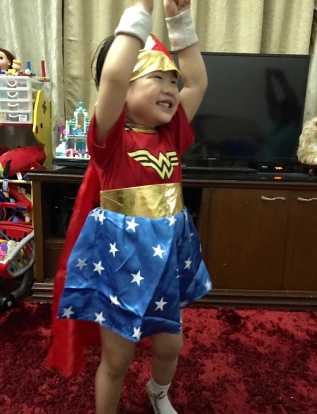 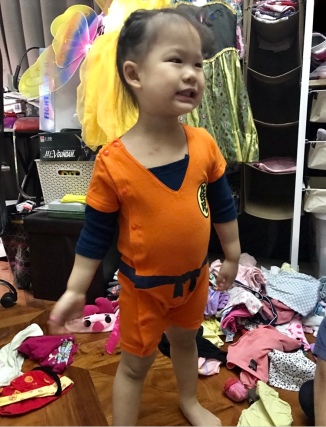 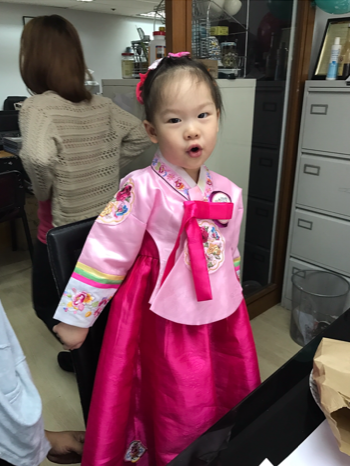 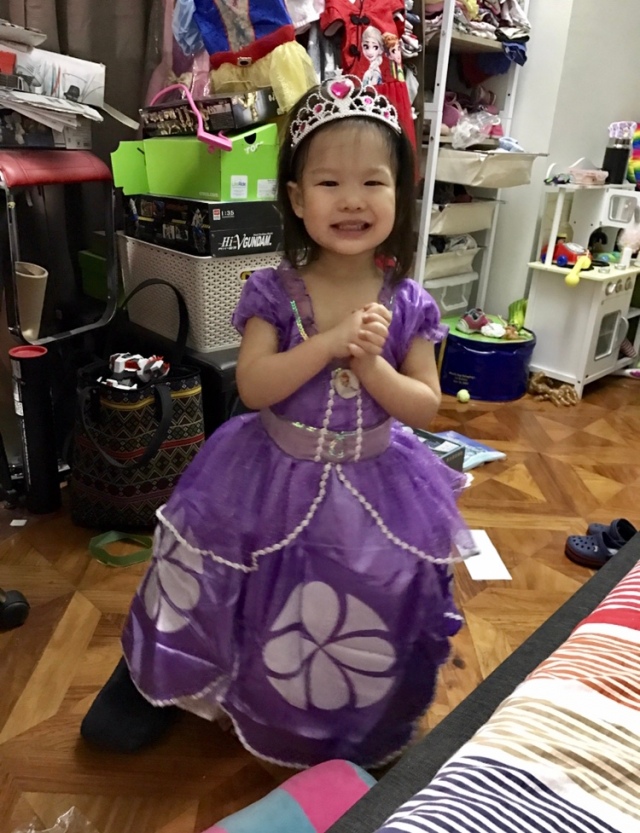 It’s great that there are affordable options out there. More to come as she grows up. With the release of Frozen 2, there are more costumes available. All I can say is, she is very much loved by all, and even though I pressure her to study, we try our best so that she can be one happy princess. Thanks also to her grandmother who dotes on her.

Have a great week ahead!