My biggest weakness is my pride.

I believe that before I make an important decision, I have already give that idea a great bit of thought. Not only do I make a decision based on the facts at hand, but I also look at other factors that may affect my decision, and think about Plan B, C, and D.

In short, I love seeing how a situation looks like, and then making plans accordingly. I pride myself into making some very good decisions in life.

As I’ve said, my biggest weakness is pride.

Hence, it bothers me when people around me want to make seemingly bad decisions.

I scratch my head and wonder why they cannot see the same problems that I see, and still choose to continue their course of action, even though it leads to the edge of the cliff. 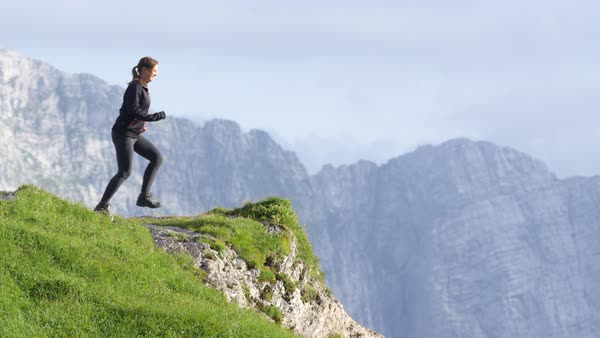 I cannot comprehend how they can still make stupid decisions, despite knowing that they’re running to their death.

Why can they not see what I see?

Why do they keep on making the same darn mistakes over and over?

One of my relatives is one of these people.

He had been unemployed for years, working on projects here and there.

One year, he managed to persuade a friend to invest in a few million pesos to start a business with him. Technically, my relative will do all the legwork, get paid a generous salary, and his partner will give him the money. This is in assumption that my relative will build a business that would make both of them money.

My relative processed the business, built a business, hired a handful of staff, and had zero customers.

“It’s Partner’s fault,” my relative scoffed. “He didn’t give me even more money to make sure the business succeeds. So we built an office, but couldn’t get customers because he didn’t send more money.”

Who was at fault, we won’t really know. We can only hear the side of my relatives where he came off smelling like a rose.

“But I am built as an entrepreneur,” my relative said. “It is my calling. It just isn’t the right idea.”

Given that he has invested no money of his own, that statement is unfair. The partner loses money, while my relative has profited off his partner having been paid a generous salary. At the end of the day, I feel bad for his partners who seem to lose money whenever they invest on something my relative has pitched to.

I remember that business idea vividly. There were many holes to that idea.

They wanted to build a medical health business even though one was a travel agent, and the other was a teacher. None of them were doctors.

They were both foreigners and could not speak Mandarin. Operations would require them to speak in the local language.

They had no network of clients, only the hopes of it. They only traveled in the expat circles and knew none of the rich Chinese they hoped to make money from.

They wanted to build the office at an expensive part of town. But it was in the upper floor where there was minimal foot traffic.

I have expressed my doubts to him when he visited us. While there was a 60 page business plan, holes on this plan made it seem clear that it was bound to fail.

And yet, everyone hoped that this idea would succeed.

After all, every 6 months, he would come up with a brand new idea that would hopefully make him a millionaire.

“Yes Bonita,” he replied. “I heard you, but you don’t really know what you’re doing because you’re not in the situation.”

Great, I am chided on for being ignorant, for not knowing the entire facts. And for being unsupportive.

Months later, as the business crashed and burned, my relative came back in his defense asking, “Why didn’t anyone stop me?”

What do you mean nobody stopped you?

I made my concerns vocal, told you of the holes in your wonderful plan to which you have no answers, and you just not listened, nodded your head and still went your own way.

I tried to ask you relevant questions related to his business, hoping he would use it as feedback on how to make his business better, and after ignoring my concerns, found that such concerns were really valid and were the cause of his failed business.

And I didn’t stop you? 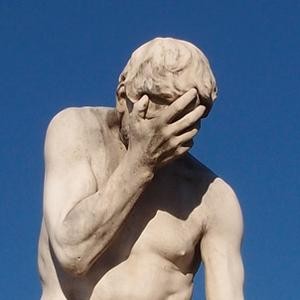 Now, he is in his nth wonderful idea.

After years of employment, he finally took on the job as an English teaching in China.

After finally being employed teaching English in China and earning a generous wage, the relative declared that it was not his hope to teach English as this was the type of job white people are embarrassed to have.

“I am not happy being an English teacher,” he said. “I would like to be an entrepreneur as this is my calling.”

So his plan was to sell the home that’s under his wife’s name, and move the entire family to the United Kingdom, because hey, he likes the UK.

There was a serious lack of thought in such major life decision change:

But the general plan is — Sell the home that was gifted to his wife by her parents in China, and use that money to fund their move to the UK and hopefully find a source of income there.

“I can start selling ginger candy from the Philippines in Amazon UK,” he said.

As if it was that simple.

It takes a lot of effort not to challenge a relative when they make seemingly stupid decisions that affect other people.

On one point, as a man, I understand his need to be secure in his ability to provide for his family after many years of hopping from one job to the other. I am sure it is emasculating for him to have his wife be the breadwinner for many years.

On the other hand, I do not understand why he can’t just accept whatever job he is qualified for, and work up from where he is.

Teaching is NOT an embarrassment when it puts food on your table.

Why hope to be like Jeff Bezos if you can’t even hold a job?

“Bonita, STOP CHALLENGING ME,” he said. “I know what I am doing. It seems that every time I talk to you, it’s a challenge.”

I shut up after that.

I keep quiet despite hearing his dreams of grandeur and his wanting to be British even though he isn’t.

At the end of the day, getting sucked in my relatives vortex is just more headache for me. To be honest, his life decisions do not affect me or my family. I am not expected to fund him, or to carry any of his work, or to support his family when they fail.

And if he is driving a train with a wreck that’s waiting to happen, it should NOT involve me at all.

He wants neither my help, opinion or support.

So I have to accept in my heart to just let this matter go. Let him make the wrong decisions in his life and suffer the consequences. Let his family suffer from his foolishness.

It is their life, not mine.

Once I can accept this, I remove myself from his mess, and not worry about him at all. Why worry when you can’t do anything? Why bother even helping if it’s not welcome? It just isn’t healthy at all.

Hence, this is what I will do.

I will let sleeping dogs lie, pray for him and his family, and hope for the best.

Hopefully, his best laid plans will make him fulfill his dreams.

Regardless, I take no credit or delight with the results. All I can do is to stay still, listen and watch the show.

Have a good week everyone!

www.TinainManila.com Thank you for subscribing and commenting if you like what you read. ❤
View all posts by Tina in Manila →
This entry was posted in entrepreneurship, Family Drama, Updates, Work. Bookmark the permalink.